Do you ever recall those moments when you could play your favorite game on your mobile phone but fail to get to a more exciting level until you pay for it? If you have been hearing about a demo, then that’s it!

“A demo allows you to have a glimpse of what an application is all about. It is what draws your attention towards an app,” for instance, a video game.

If you have been wondering why demos are uncommon nowadays then you should have a look at the following reasons: 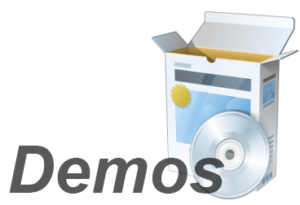 In recent years, most companies have prioritized making profits. It used to be common for a company to offer its demo willingly to its target customers. This is not the case in the recent times as most companies are only after marketing their products. For instance, in the gaming software market, the developers would rather give what will make them earn more money a prime concern than invest a lot of time and money on a demo of which they are not sure whether or not their prospective customers will purchase.

Demos are now seen as the subject of conducting business where the companies tend to negotiate with their customers on what basis they should use the app and the amount they should pay for a periodical subscription. The most common example is a gaming app. As opposed to the tradition where you could be allowed to play a demo game for a while to entice you to purchase the entire game, you will now notice that most demos are filled with purchase ads that won’t even allow you to open the game itself before spending your money. 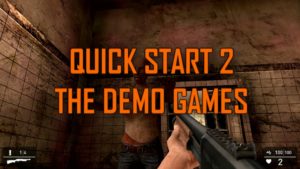 The reason most people abandoned demos is the disappointments associated with some apps. It is not unfamiliar to find those apps that promise a lot through their demos only to attract customers, while the actual app is just a scam. How do you always feel when you discover that the app you had been salivating for is only full of ads and prone to crash? Can you imagine spending a lot of money purchasing a game only to realize that you have been cornered? In a nutshell, demos were a subject of criticism regarding the credibility of the entire game being advertised. It was concluded that gauging the quality of a game through a demo was quite unprofessional.

The current world is full of scammers and customers who prefer only free things. What is the need of spending a fortune on a game when I can enjoy the introductory part of it which is free? Most demos featured trials, some of which were rather interesting and easy to play, hence were recommended by most people as compared to the entire games which featured difficult levels that a user would not end up reaching for the rest of his/her life. For instance, in the event you get the satisfaction you are looking for in a game, be it a demo or not, you don’t have to spend your money buying what you might not use.

We are an online service company. Our main aim is to communicate to the world the importance of modern technology, the impacts of technology on us, and how we should encourage creativity and innovation in the technological sector. We are THE SOFT DOWNLOAD Company, one of the premier online companies operating across the globe.
Previous StoryEntrance to Break the Monopoly of Most Common Paid Softwares
Next StoryMost Widely Used Free iOS Messengers