It is beyond doubt that monopoly is still a disease ailing the Tech market where the winner wants to take it all. By definition, monopoly refers to the uncontrolled control or possession of the trade or supply in a commodity or service. Various conflicts have emerged in the past regarding the excessive dominance of the software, hardware, and technology services market. For instance, the case filed against the IBM in 1969 by the U.S. Department of Justice regarding its dominant market share. Other companies which have been subject to conflicts include Microsoft and Google. 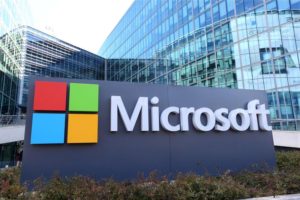 In most occasions, Microsoft has been accused of being a monopoly and partaking in anti-competitive practices. In 2001, Microsoft was accused by the United States for abusing monopoly power on personal computers (Intel-based). During that time, Microsoft made it quite difficult to access web browsers and operating systems as you could only get them via the discs they sold. The most common web browser used at that time was the Internet explorer, which came bundled with Microsoft Windows. These made Microsoft the leading company and this was alleged to have suppressed web browser competition as it never favored other apps such as Opera and Netscape Navigator. Up until today, Microsoft is still seen to dominate most personal computers with Microsoft’s office software.

To try and curb the issue of Microsoft’s monopoly, Google has introduced Google Apps which offer an affordable alternative on the web. In 2014, Google managed to convince larger enterprises to use its word processing, email, spreadsheets, cloud computing, cloud storage, and presentations. In this article, the Business Insider explains Google’s plan to nab 80% of Microsoft’s business. Will Google manage to put an end to this monopoly? 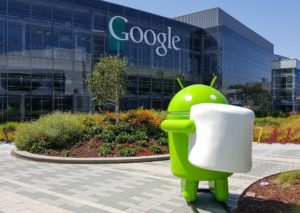 Another example of monopoly notable in the technology industry today is with the smartphone. This niche is entirely dominated by Android, which boasts an 80% global market share. Samsung is the number one contributor to the high usage of Android with a stronger increase in unit shipments of the OPPO, Vivo and Huawei. Primarily, the company that manages the operating system is usually the one that ends up controlling the app store and enjoys the right to set the rules and regulations regarding the types of products and services to run on it. To try and curb Android monopoly, iPhone operates its own App Store which is Apple. When you purchase a smartphone from Apple, it will come already preloaded with apps and should there be a need to install additional apps, the user has to download the applications from the Apple Store.

Google has continuously denied the claims of becoming a monopoly. In its argument, Google states that “Android cannot be a monopoly when the iPhone exists”. Google goes further to defend itself by citing the various choices it offers its users as compared to that of Apple which are limited. Another competitor that strives to put an end to Android’s alleged monopoly is the Microsoft operating system. Admittedly, the technology market entirely revolves around the battle for supremacy and monopolies are still predicted to last for more years to come as the companies fighting it might be doing so only for their personal interests.

We are an online service company. Our main aim is to communicate to the world the importance of modern technology, the impacts of technology on us, and how we should encourage creativity and innovation in the technological sector. We are THE SOFT DOWNLOAD Company, one of the premier online companies operating across the globe.
Previous StoryDon’t Spend Money on Expensive Software, Check out These Alternatives
Next StoryMust-Know Reason behind the Downfall of Demo/Shareware